While rivers out West like the Missouri, and the Colorado boast a bigger and more plentiful trout supply, they can’t touch the Beaverkill’s history: for over 150 years, fishermen from all over the country have flocked to the Beaverkill.

This past weekend, my brother and I made the 2.5 hour drive west from New York City to Tentrr campsite Poet’s Skyrock to leave our chaotic worlds behind us to hopefully catch some fish on the Beaverkill. Just 10 minutes from Roscoe in Livingston Manor, Poet’s Skyrock is in the heart of the fly-fishing country. (If you are really interested in learning more about the history of American fly-fishing, check out the Catskill Fly Fishing Center & Museum in Livingston Manor).

But before we could hit the water, we had to take care of priority #1 after a long drive: food. We had a feeling that there would be some farms nearby with something to eat, so we messaged our campkeeper, Vincent, on the Tentrr app for some recommendations. He told us to go to Snowdance farms (5 min drive), which raised cattle, pigs, and chicken. Perfect.

After picking up two (epic) T-bones, we made camp, had a few beers and took in the peace and quiet of Poet’s Skyrock. As the sun began to set, and our steaks were thawed enough to cook, we threw those bad boys on the metal grill over the open fire and were not disappointed: 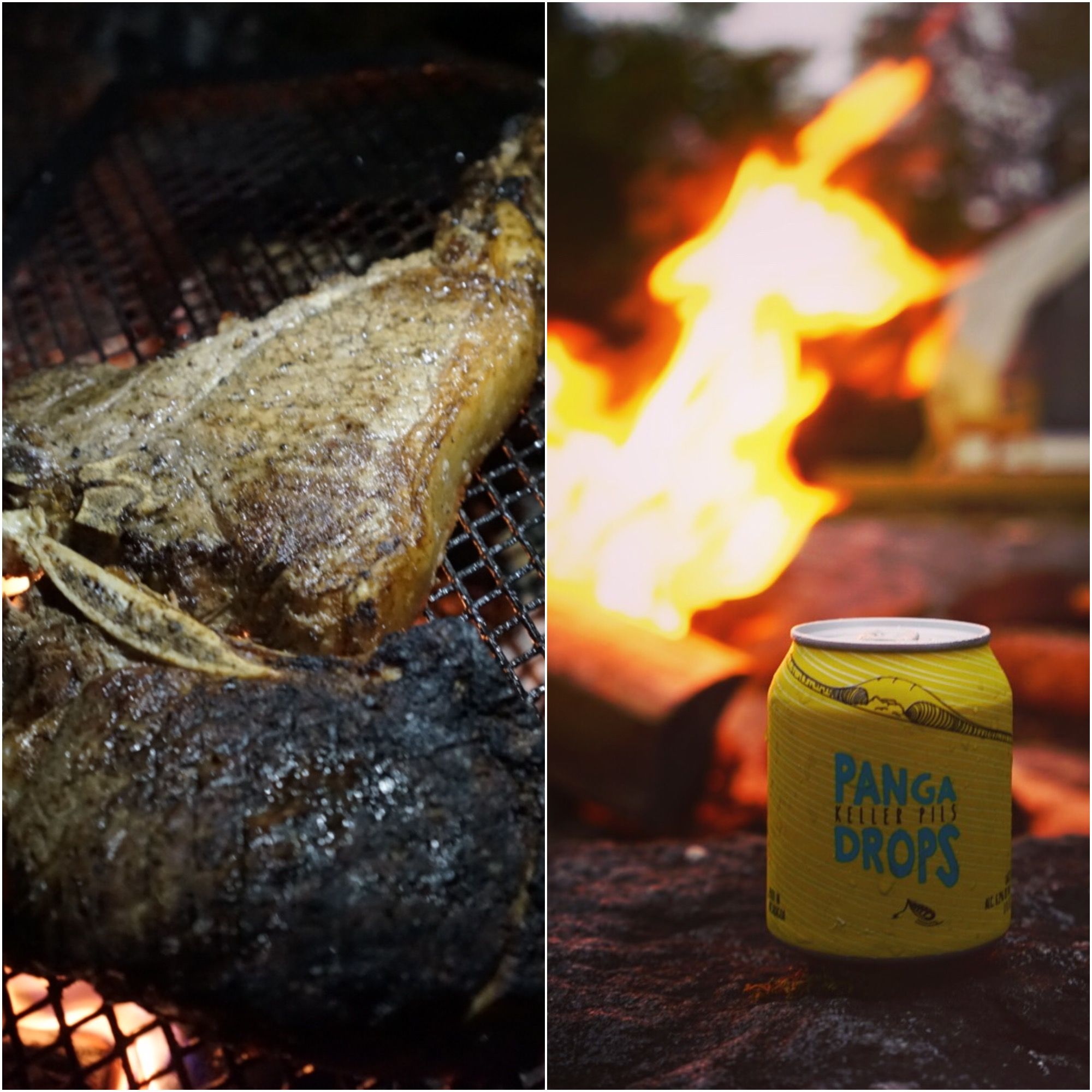 Knowing we had to wake up early to meet our guide in town, and after consuming close to 3 pounds of beef, it didn’t take long for us to be put into a steak-induced food coma.

We woke up and actually saw the sunrise and could hear birds chirping (not really possible in my Lower East Side apartment), and met our guide, Brian, at the legendary Roscoe Diner at 9am to get squared away for a day on the water. After renting waders at the Orvis shop in town ($30 each for the day), we headed to the Beaverkill Covered Bridge, the favorite fishing spot of local fishing legend, Theodore Gordon. Theodore Gordon is essentially the godfather of American fly-fishing, and is largely credited with introducing the “dry-fly” to the States. More on that later. 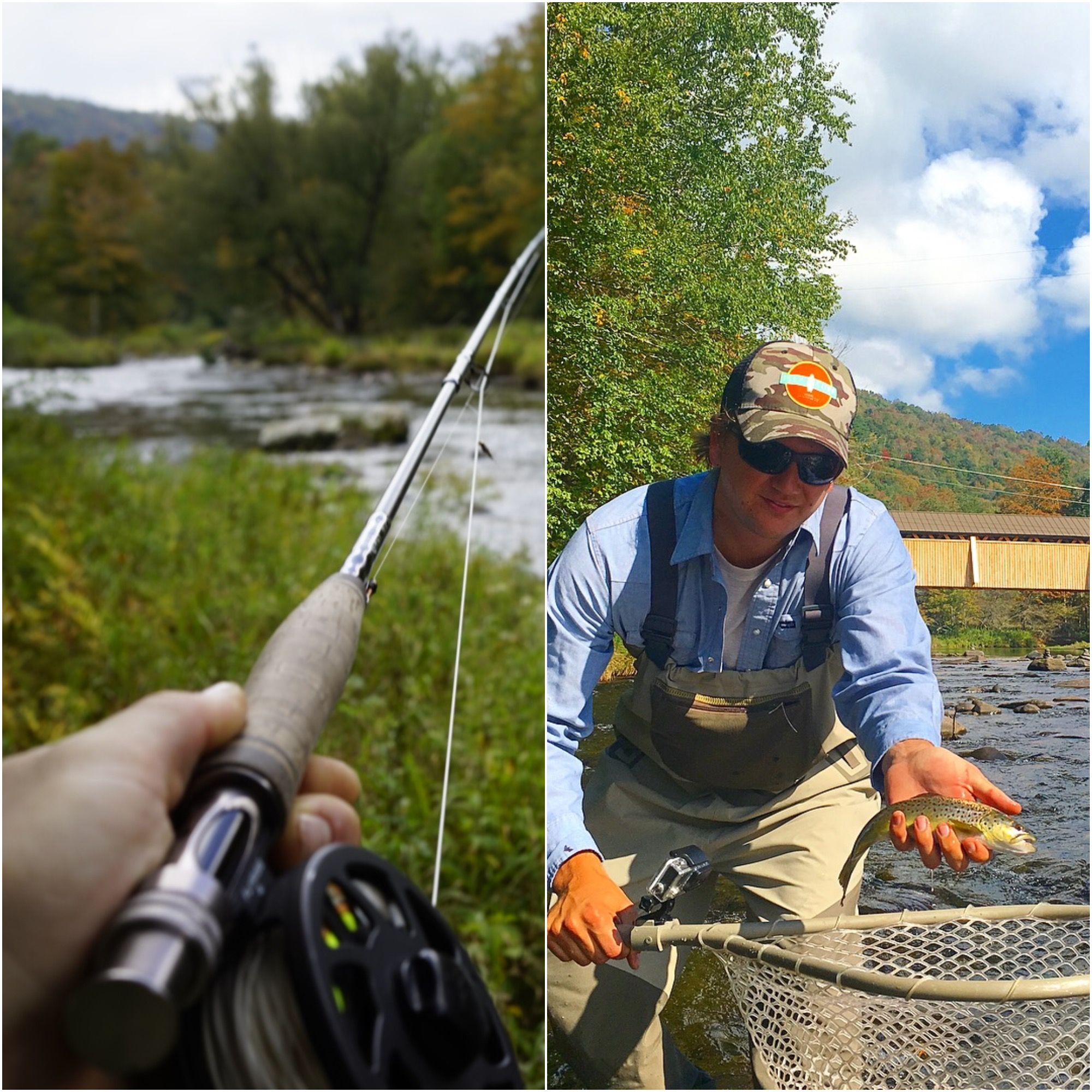 Brian saved us the displeasure of having to rig up our rods, so we were in the water within five minutes of parking our cars at the Covered Bridge. We used two different rigs: on one rod we had a ‘wet fly’ (a nymph), and on my rod, we had a dry-fly. The difference between the two is pretty self-explanatory: the dry fly stays above water, while the wet-fly sinks to the bottom. Before Theodore Gordon, the dry fly was strictly a British phenomenon. But it was in this exact river, at this exact fishing spot, where dry-fly fishing became popular.

Dry-fly fishing is much more fun, but also much harder. It’s more fun because you see the fish breach the surface of the water and attack the fly, but it’s also harder because the fish can get freaked out by an incoming projectile landing over its head. The ‘presentation’ and accuracy of your cast is key.

Within an hour, my moment of salvation arrived: a wild rainbow trout struck my fly almost immediately upon landing. Even though the fish was tiny by most people’s standards, it was a wild Rainbow (not stocked), so it was incredibly energetic and acrobatic. Not too long after that, I had another fish on. This time it was a Brown Trout. Two thirds of the way to a “Beaverkill Slam”: Brown, Brook, and Rainbow Trout.

The fishing slowed down the rest of the day, but it didn’t really matter: being on the water is the perfect remedy to the overstimulation of the City. The most enjoyable part about fly-fishing, for me, is the never-ending learning process--each minute spent on the water prepares you for your trip in one way or another. In that sense, fishing can be quite humbling. But in the words of legendary fly-fisherman, Zane Grey, “If I fished only to capture fish, my fishing trips would have ended long ago.” 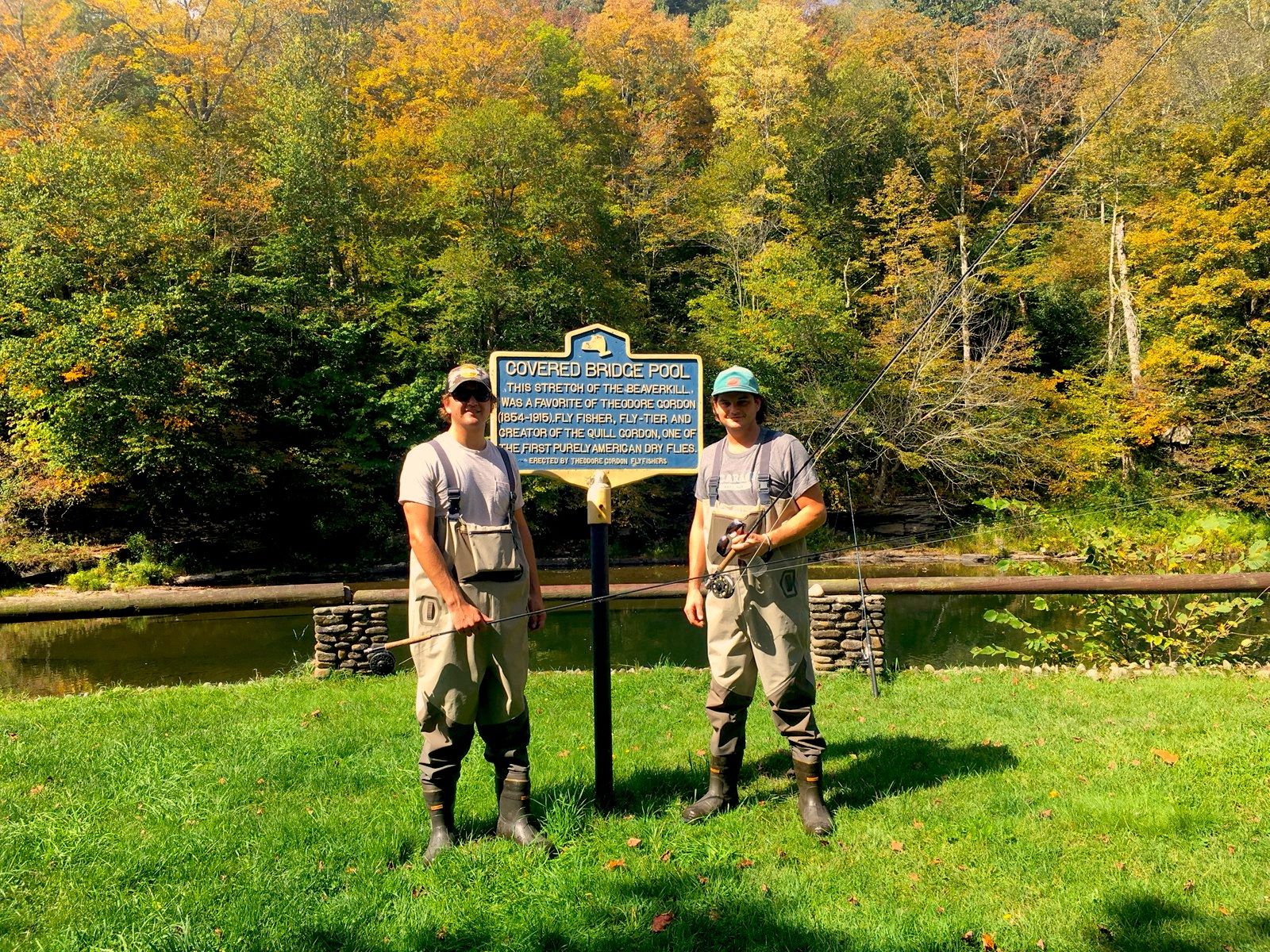 What Kind Of Camper Are You?