Thanks to Dave Mackay and Steve Bartlett (and crew) for this week's post. Photos by Keith E. Morrison.

New York, I love you, but sometimes the best part about you is leaving. By the time June rolls around, every man, woman, and child, is hopping on their electrified skateboard, instafacing their every move, and occupying every inch of city street. It’s also around this time that the novelty of riding outside without the lifesaving properties of an arctic survival suit has worn off, and it’s time to set our sights on more adventurous rides out of the city.

Beers are ordered, phone maps pulled out, and it’s decided that some bikepacking is in order. Someone moans about living in a shoebox of an apartment and not having a tent or sleeping bag. It’s pointed out that it’s not exactly bikepacking if you’re sleeping in your own bed every night. Moaning stops promptly. Someone suggests riding from hotel to hotel. That someone quickly gets stared down and scurries off to buy the next round of beers. Route puzzler, map wizard, pro-am party planner, and genuine Australian, Steve Bartlett pitches us on his vision for a 3 day, 3 state trip. A 245-mile route connecting the Catskills to the Taconic Mountains and the Berkshires. Casual. Sounds scenic. Having heard good things about Tentrr, a network of fully setup campsites on private land, it’s decided that we’ll pack light and travel far. 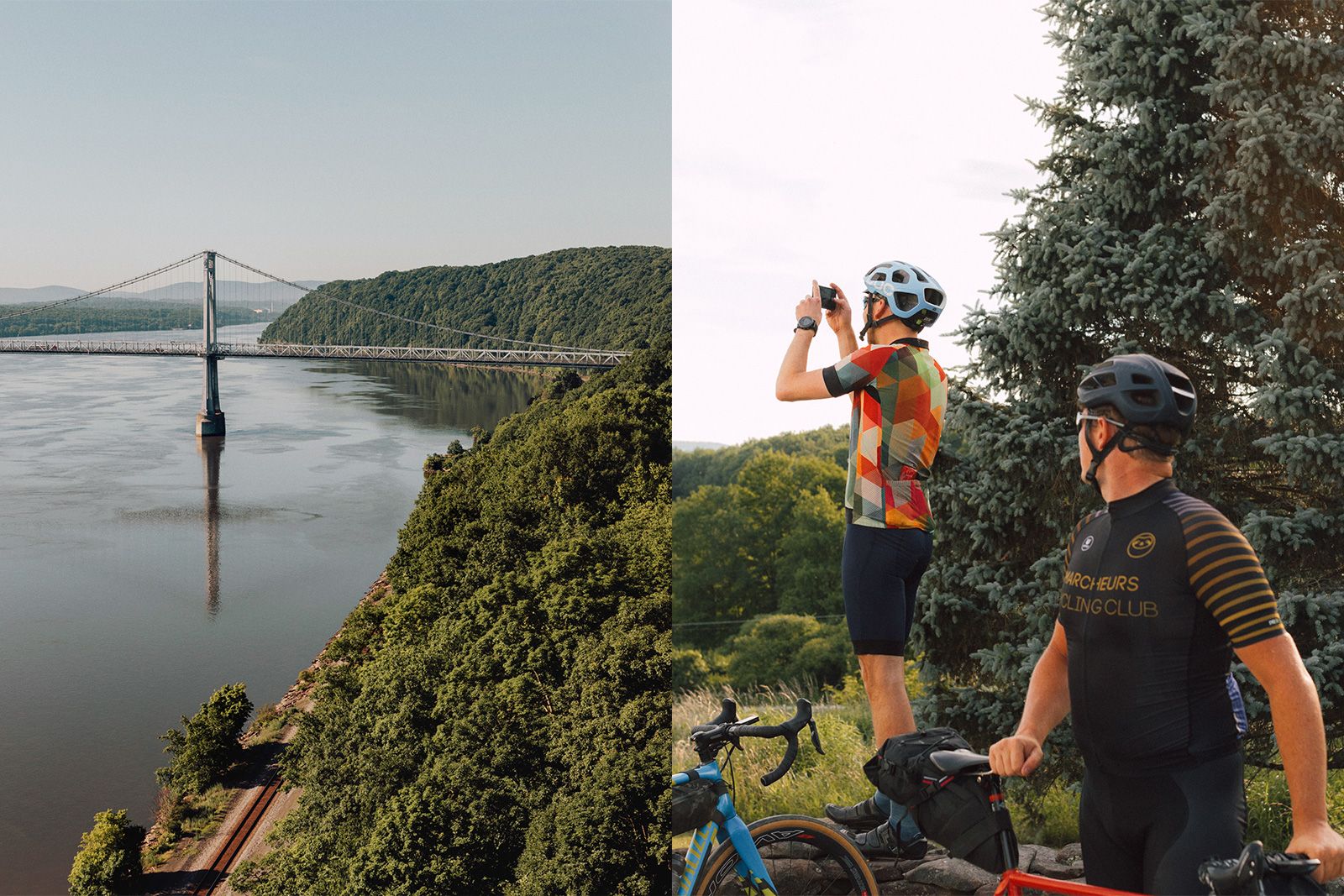 In order to eat dessert before eating our veggies, we jump start our city exodus with a train north to Peekskill in order to get to our first touring highlight stat — the climb to Storm King. Starting at the esteemed West Point Academy, this is a true gem in the NY riding scene. A bit further afield than most weekend warriors venture, it’s easily accessible if you’re prepared for some train time, and well worth the trip. This ribbon of road hugs Storm King State Park and rewards your climbing efforts with top notch views up and down the Hudson River. 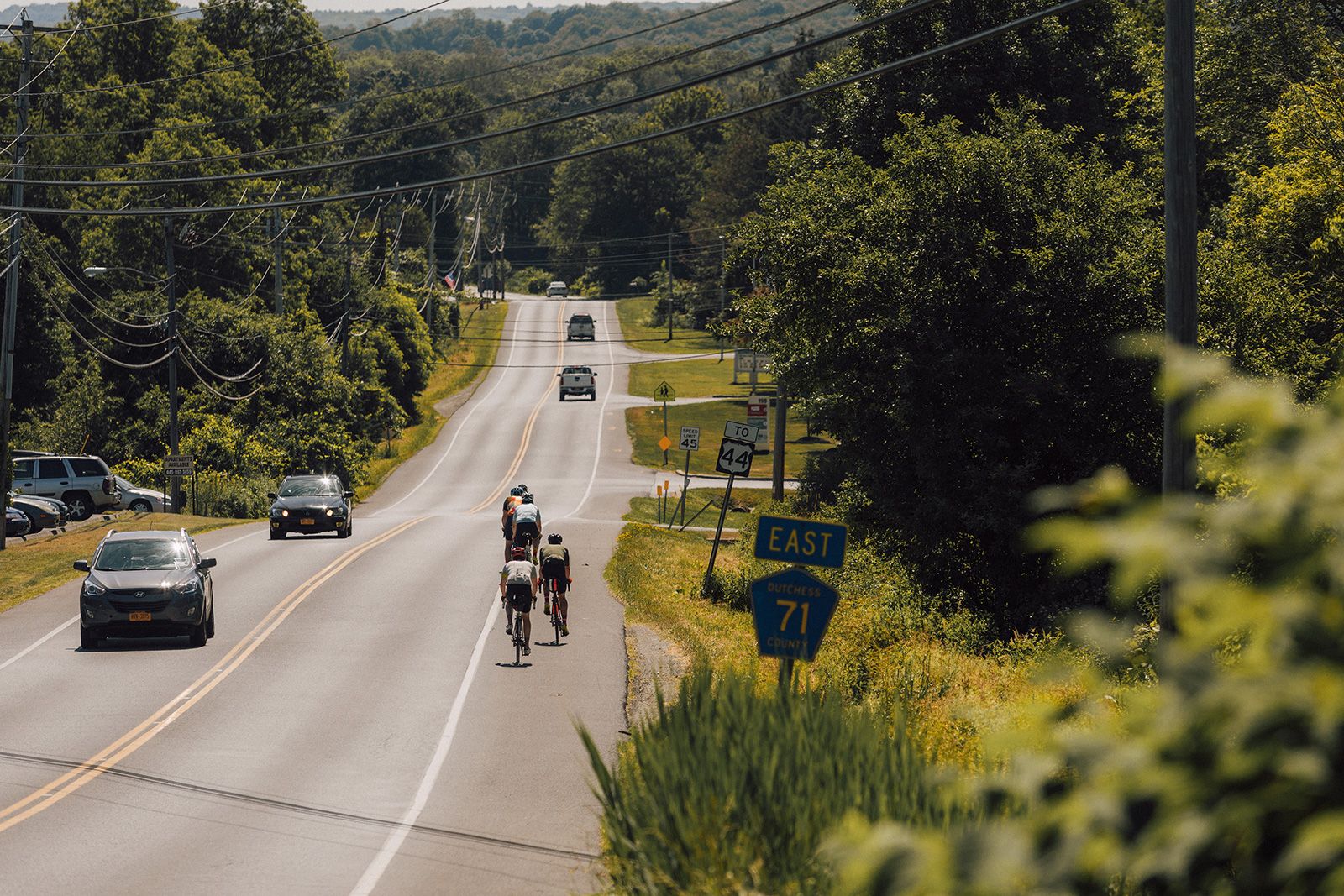 Other highlights of our northbound march included 20 miles of the pancake flat Shawagunk, Walden and Wallkill Rail Trail. 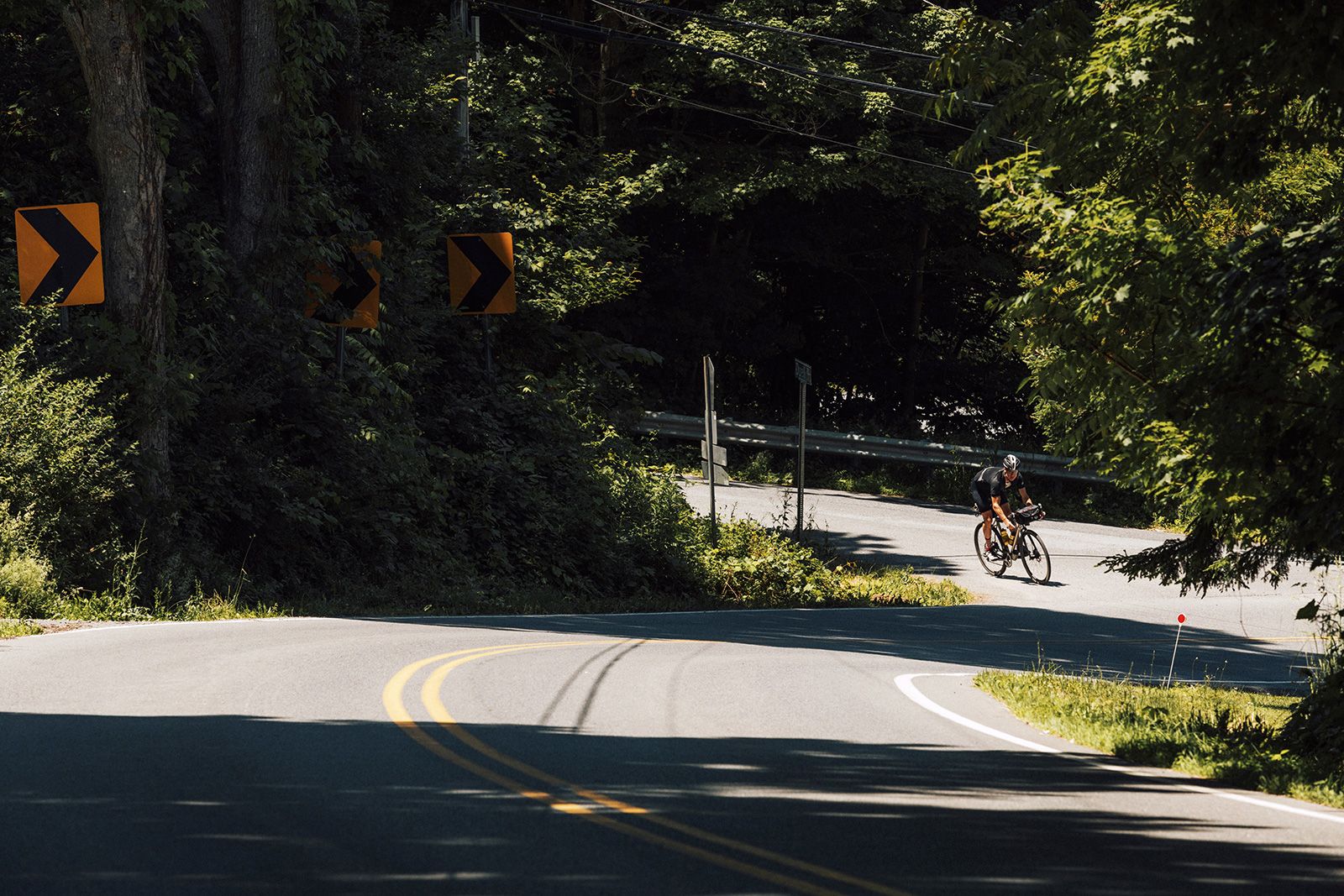 Things had been been pretty easy till the 60 mile mark until our route master threw in Monhonk Road and Rosendale Trestle after which, we made camp for the first night.

We start easy. The Walkway Over the Hudson State Historic Park, the world's longest elevated pedestrian bridge, is our first highlight. This is about 13 miles into our day so about an hour after we take off, and before we stop for breakfast in Poughkeepsie. 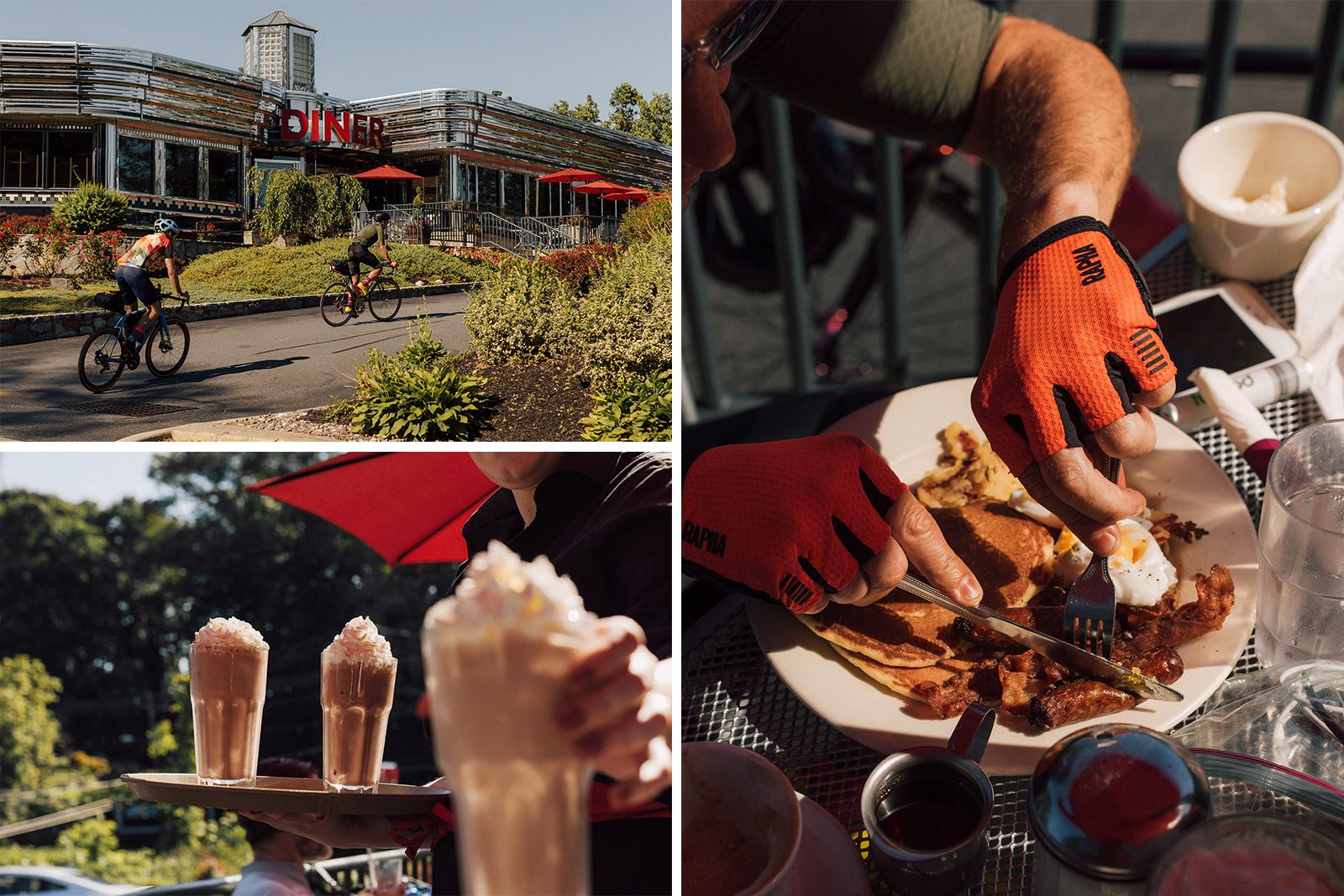 Palace Diner delivers the goods. And on we go. 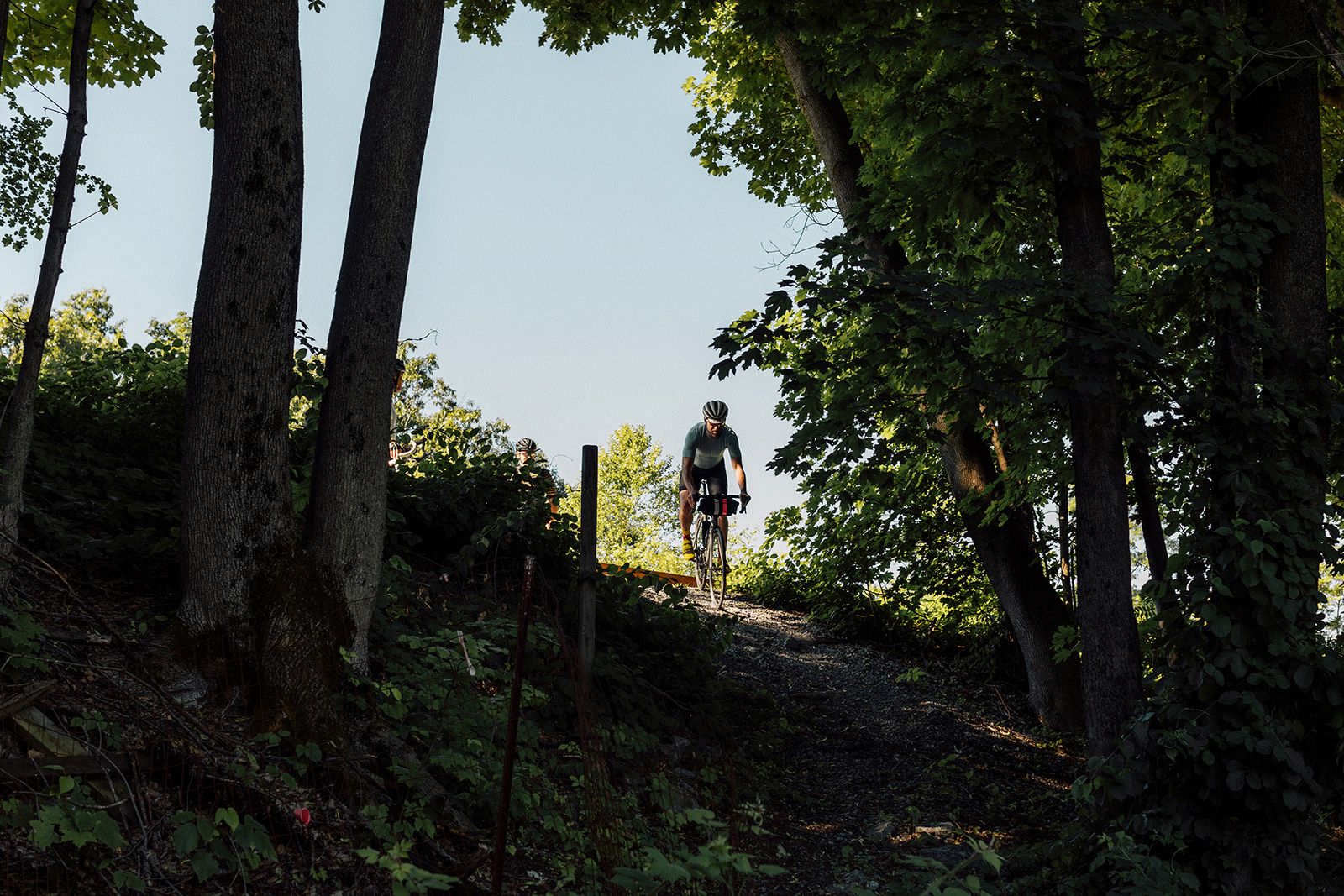 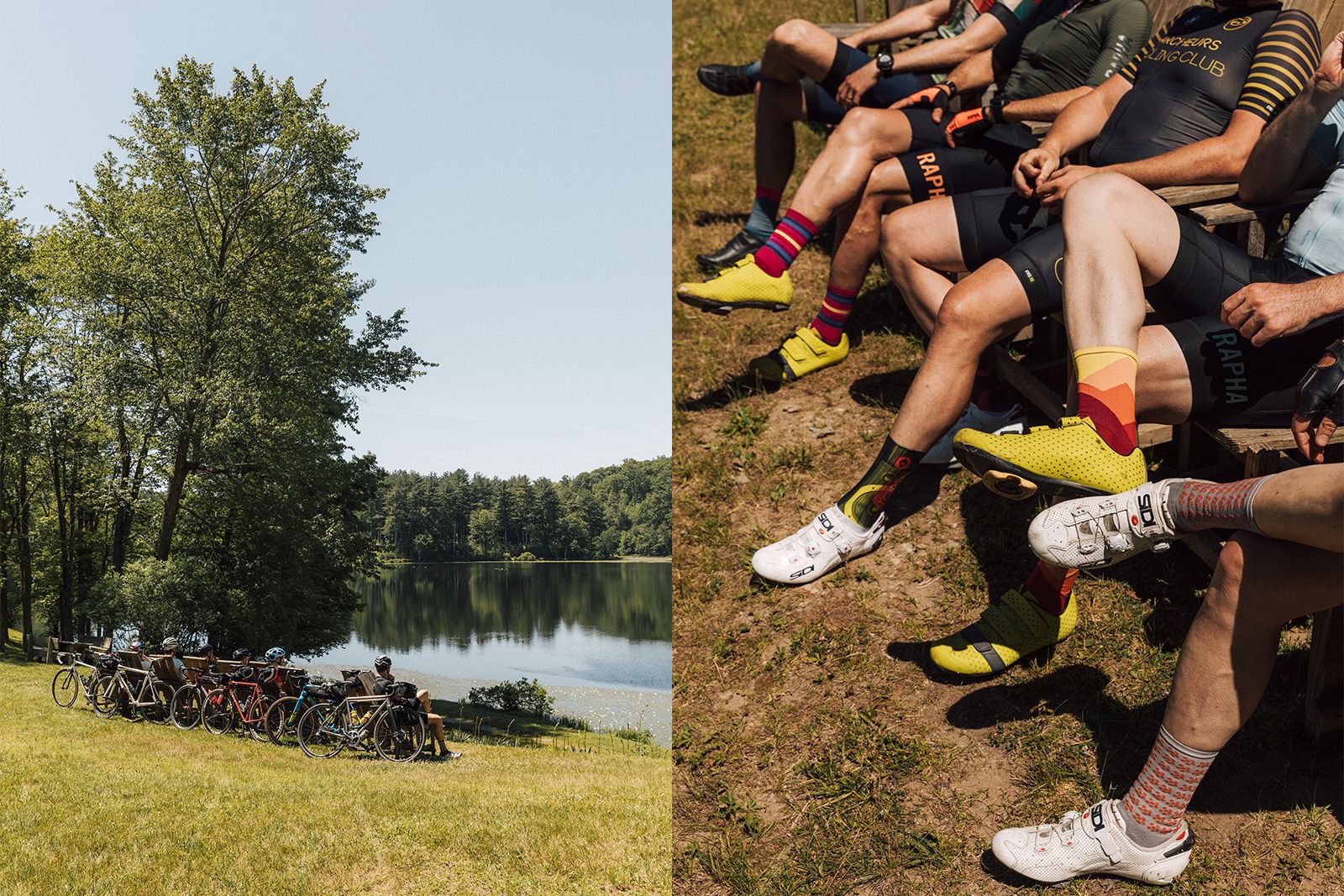 Mile 34 and a few hours after breakfast is Innisfree Garden - one of the top ten gardens in the world. 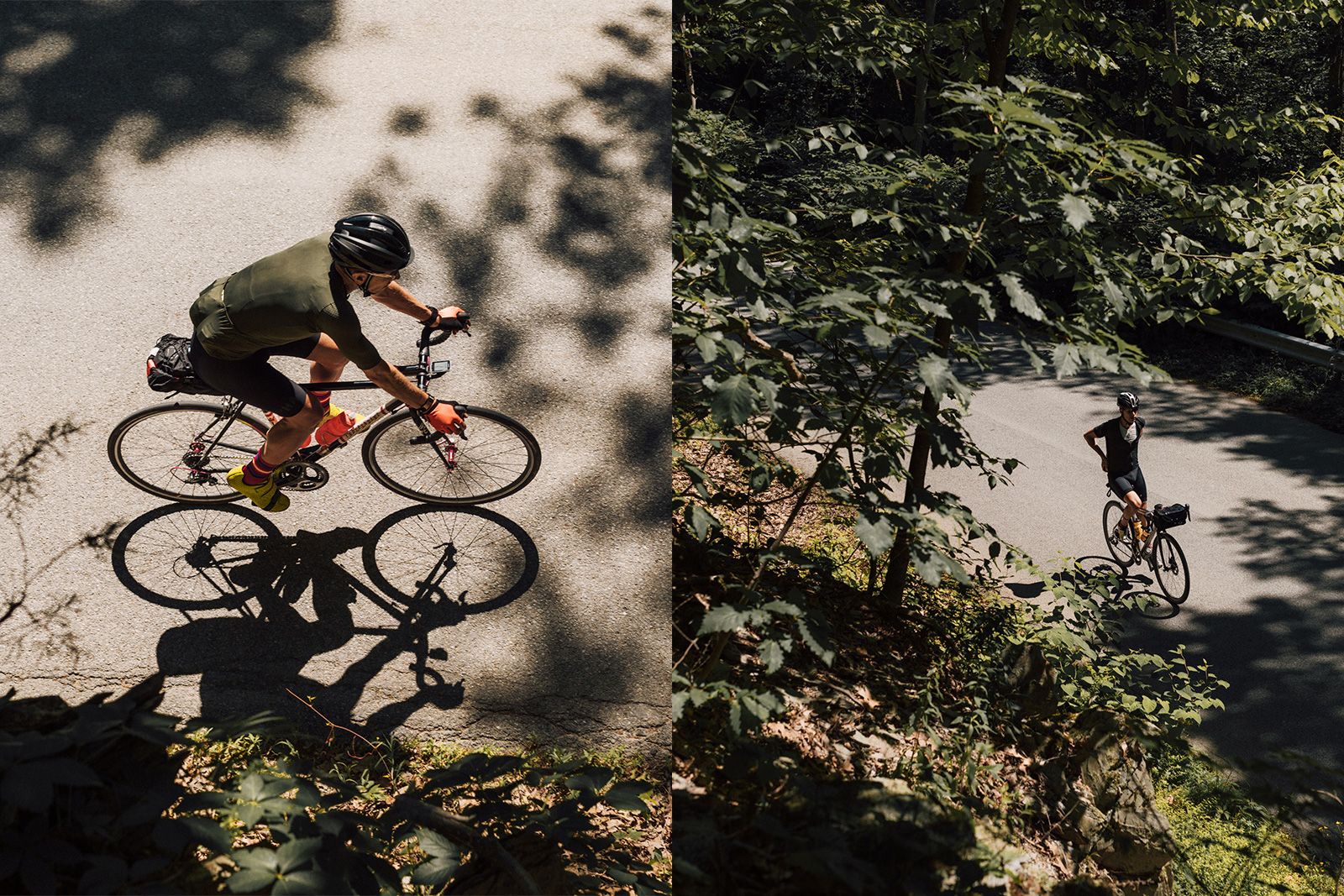 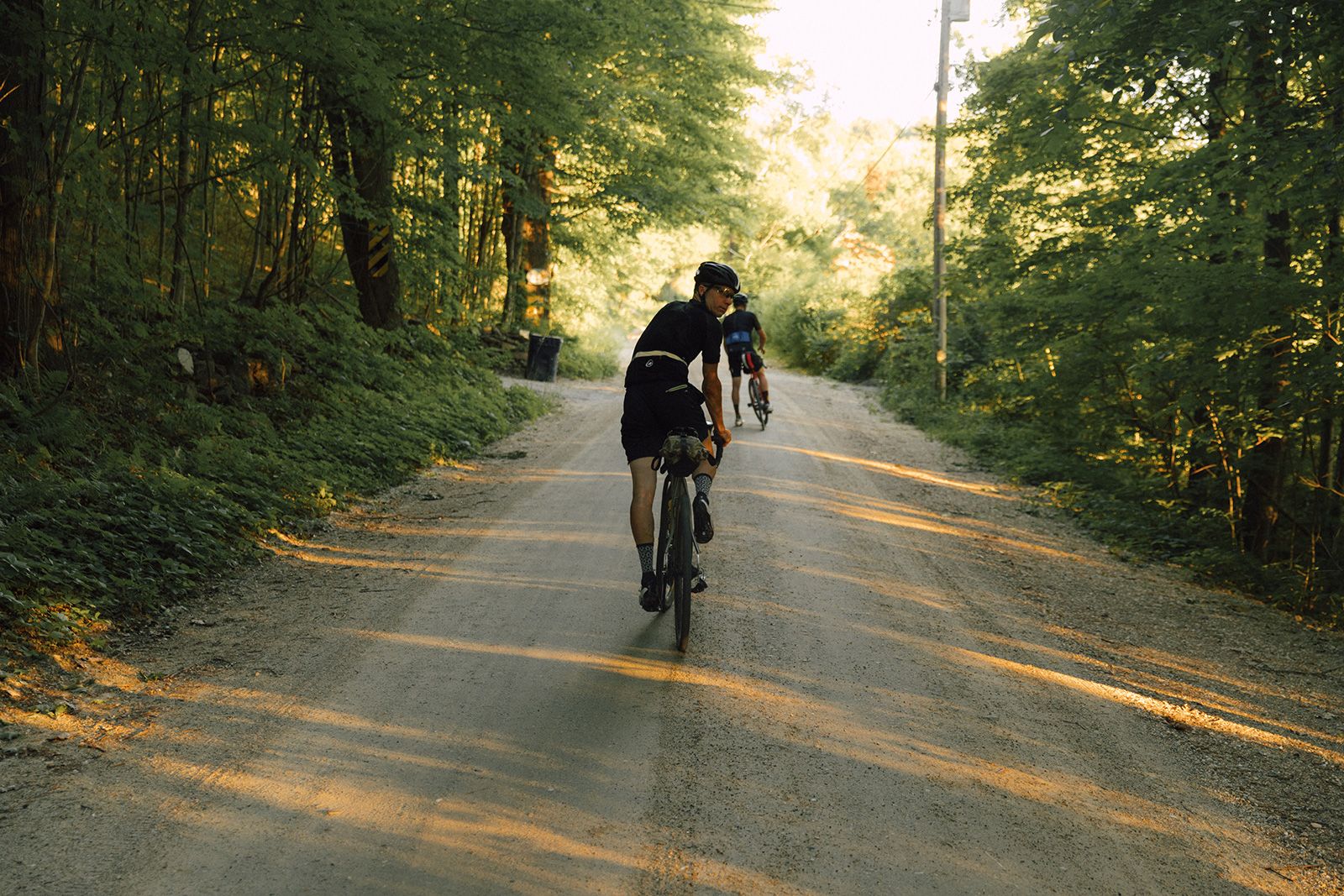 Ok, here we go! Mount Riga - regarded as one of the best gravel climbs in the USA. After 75 miles we're going to tackle 6 miles and 1300 feet of climbing fun. 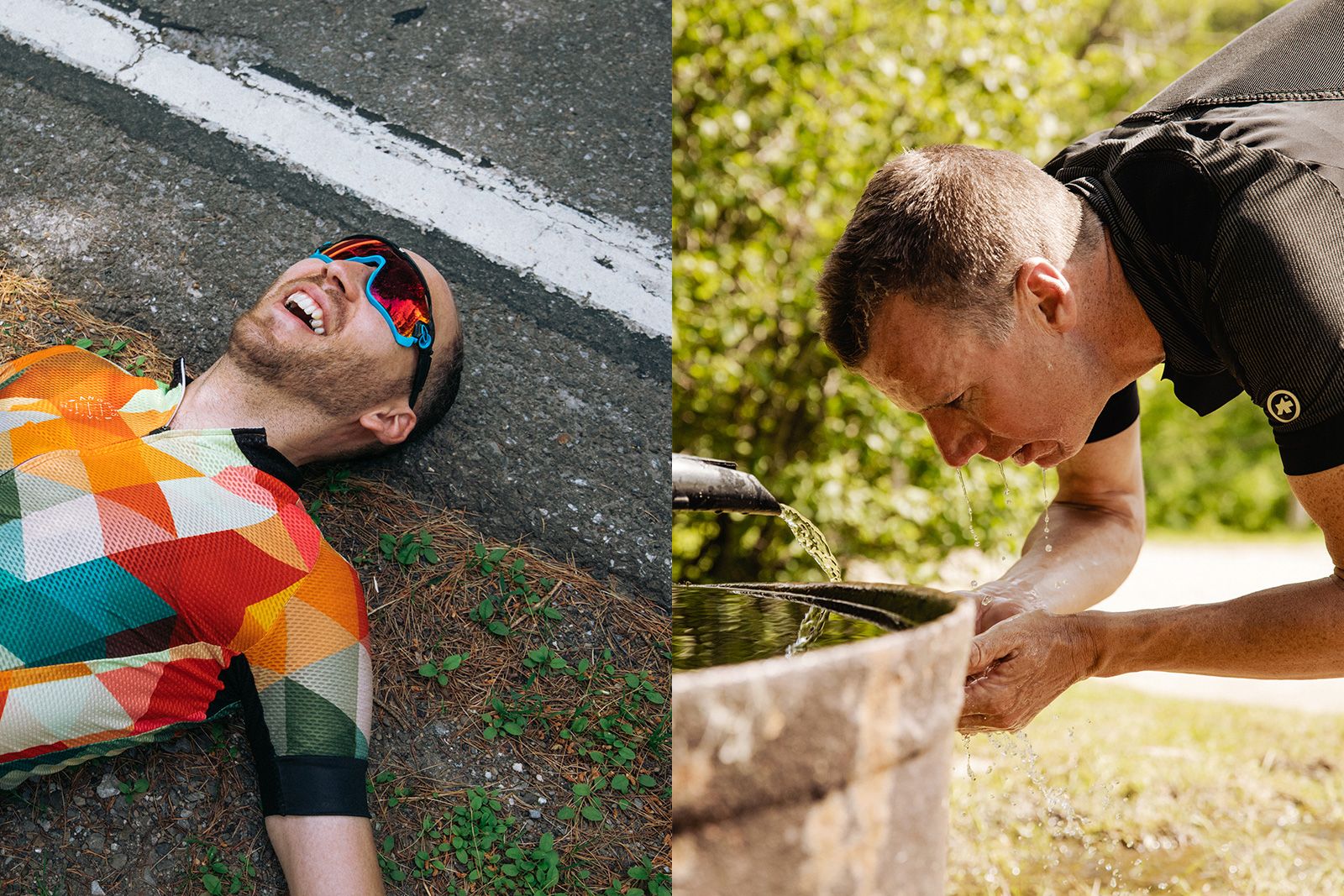 Knackered... but we press on to Echo Hill campsite for night two. 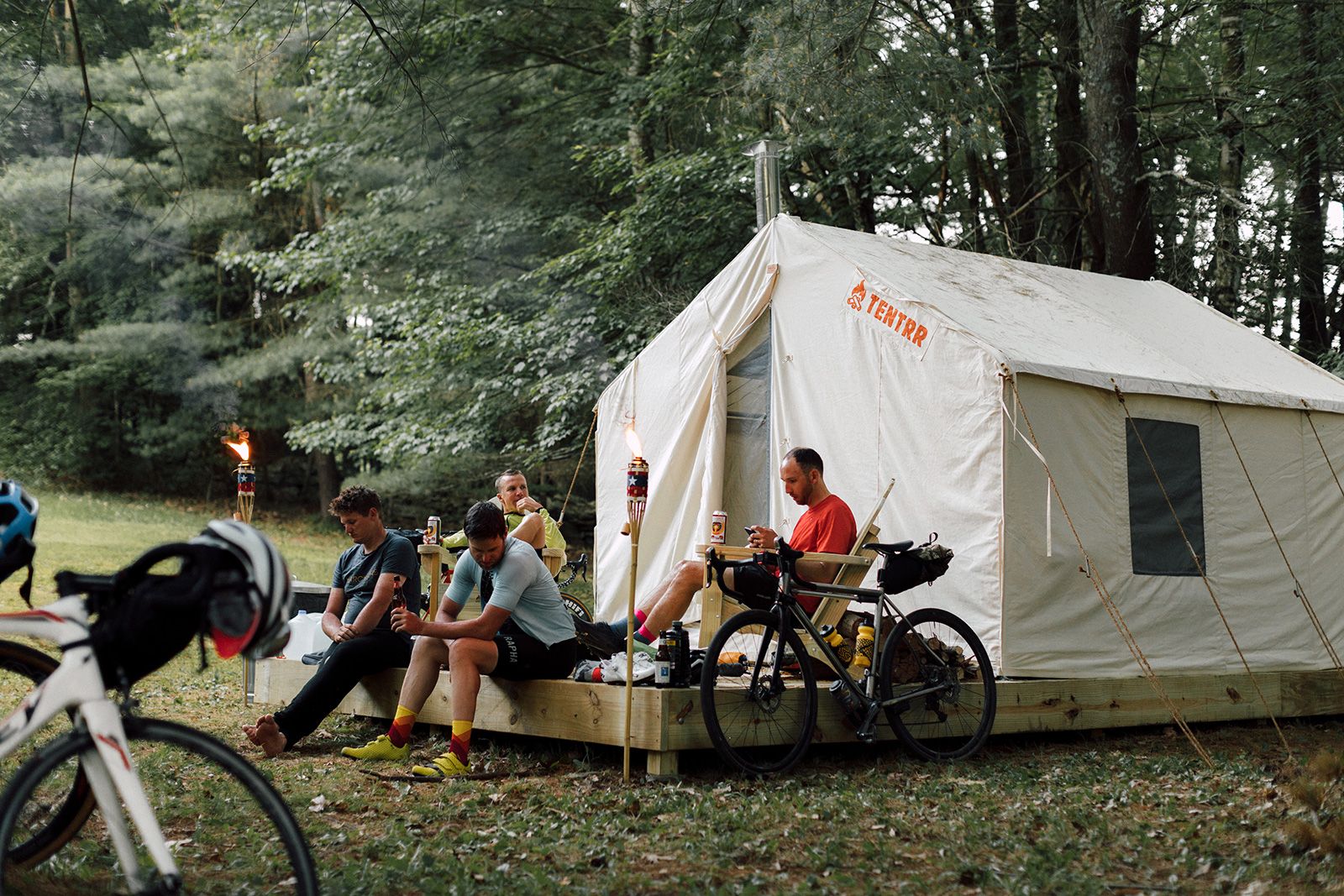 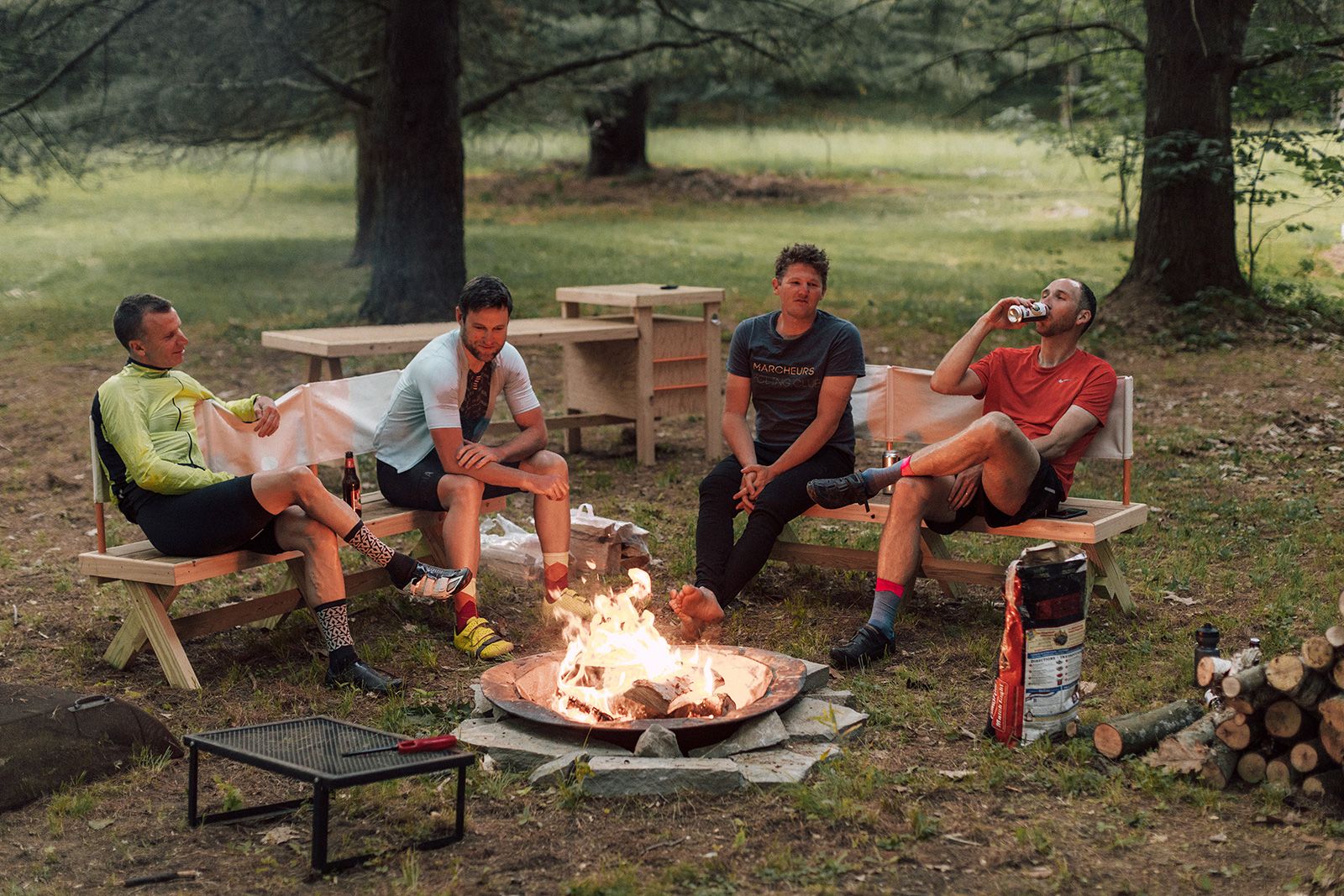 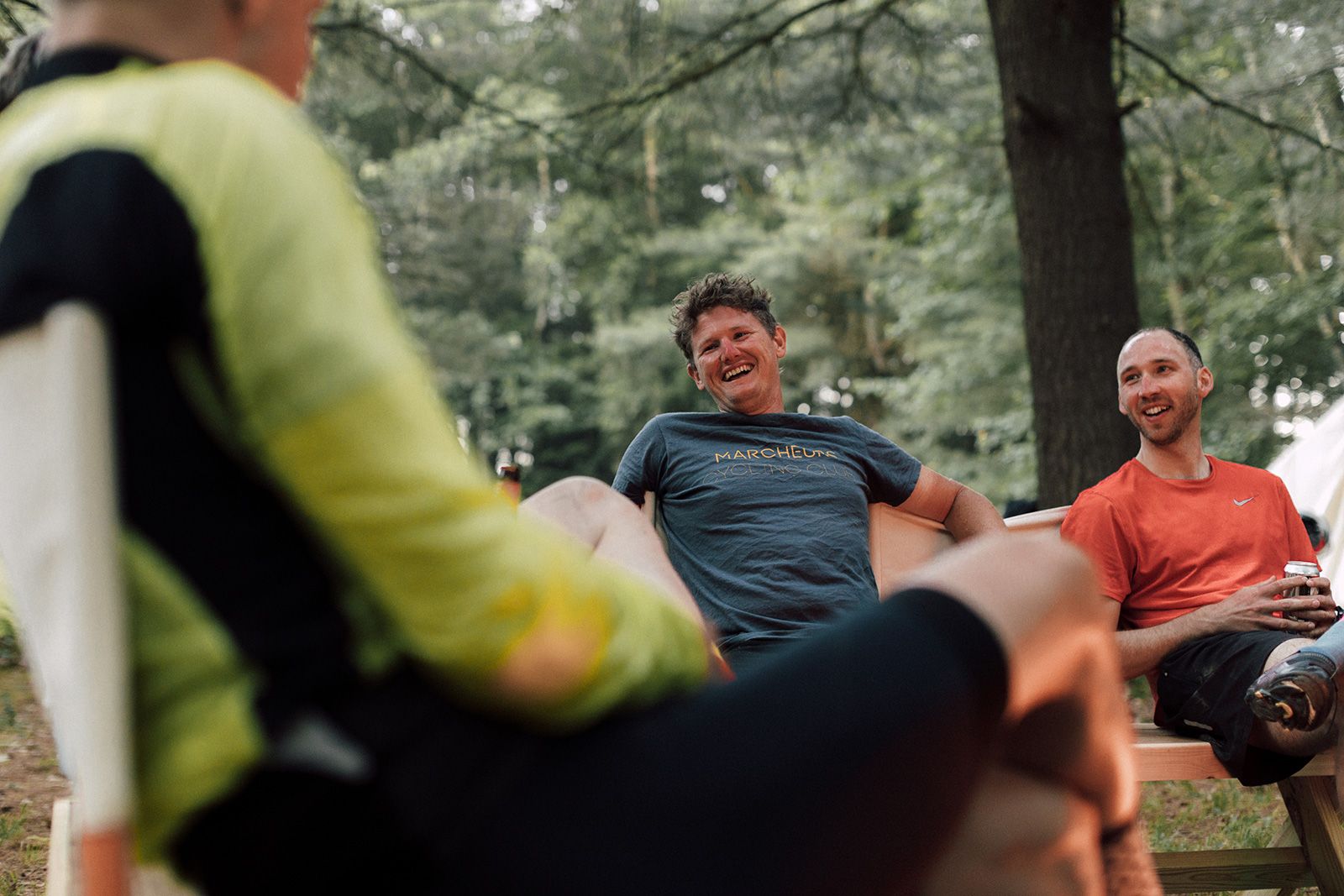 The shortest day. Mostly downhill. This ought to be relaxing. Not if Bartlett has anything to do with it. Sundays are meant for adventure.

First things first – epic brunch at Southfield Store. With our bellies full and spirits high, we headed toward some great rolling gravel climbs and tough-going MTB trails through the state forest. A few more climbs and an insane 10 mile descent was a perfect way to end to our weekend jaunt.

Oh, we missed our train back to the city. Closest bar consoled us. Thank you, over and out. 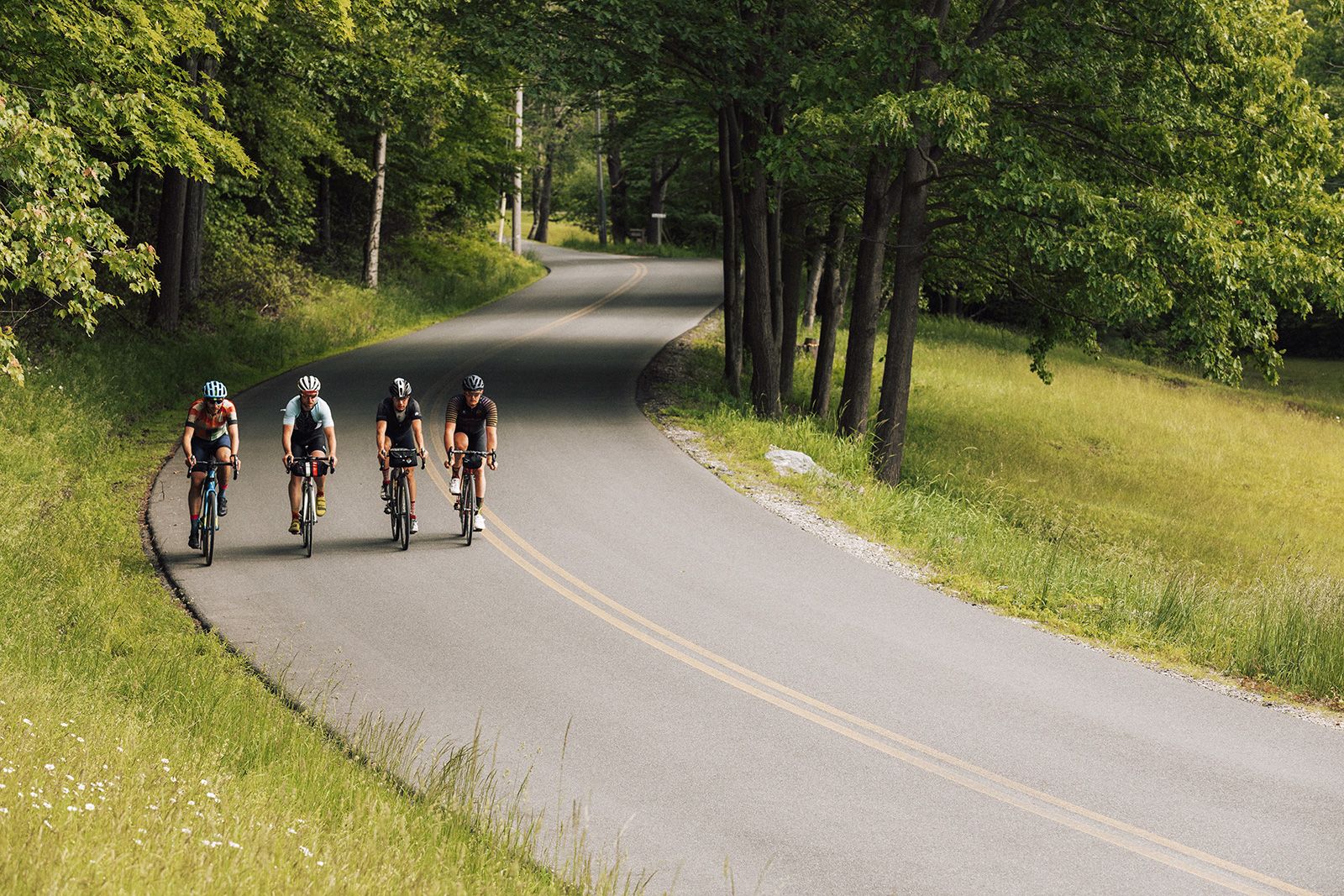 Special thanks to these generous brands for their support.
Science in Sport for keeping our energy levels up.
RideHiFi for the support and team discounts.
Marcheurs and Vermarc for the sweet kit.